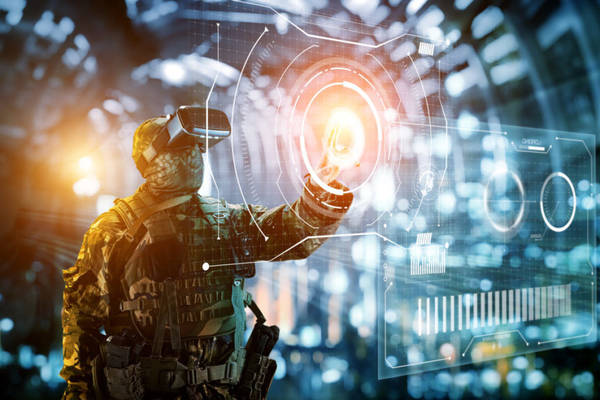 For many startups thinking about development and investment opportunities, it’s unlikely they imagine turning their ideas into scalable, marketable solutions by partnering with the military. However, the Department of Defense (DoD) today is at the forefront of innovation, incubation, and go-to-market initiatives for ventures.

In this edition of Learnings from the Lab, we get an extensive and rare look inside the technology innovation efforts at the DoD from Justin Dunnicliff, Chief of Staff for the National Security Innovation Network (NSIN).

Justin shared his insights in a recent executive roundtable with our Batch #5 startups and enterprise partners into how the DoD approaches innovation, and the myriad of ways it engages with companies and individuals. If you’re a founder, there’s a lot of opportunity at the DoD you might never have considered.

Tell us more about who is leading innovation at the DoD?

Justin: “NSIN is a DoD innovation program office. We report to the Undersecretary of Defense for Research & Engineering (USD(R&E)). We are a component of an organization within DoD called the Defense Innovation Unit (DIU).

We're fundamentally responsible for the overarching pursuit of innovation for DoD. We support Army, Navy, Air Force, Space Force, Marine Corps, and some work with the Coast Guard, and we also have a mandate to work with the higher offices at the DoD.

DIU is a DoD office fundamentally responsible for identifying and developing new solutions for all the military services. What DIU seeks to do is expand access for small businesses, startups, and non-traditional tech companies to get involved with and solve problems for the DoD.

While Core DIU’s mission is to work with high-level technologies that are more mature, commercially available, and can be rapidly put on contract and integrated into the DoD, NSIN starts working with ventures at an earlier stage.”

How does NSIN connect ventures to military funding opportunities?

“NSIN is building a broad network of innovators who can help solve national security challenges, and NSIN is bringing together people who wouldn’t normally consider DoD a partner.

We start with concepts. It could be an idea written on a napkin. It could be something that someone has in their head, and they want to explore it and figure out if it's something that's relevant to DoD.  Sometimes we're not even working with companies, we're working with teams or individuals to solve real-world national security problems.”

How do you solve problems for ventures that are trying to connect with the DoD?

“Some of my biggest challenges are identifying technology problems the DoD is solving and finding the talent to solve it. That can be anyone from experienced developers and founders to students and academics. Civilians can work on these DoD problems in NSIN opportunities such as internships, prize-awarding hackathons, college-course credit, volunteer work, job placements, research partnerships, and even funding opportunities for startups.

That’s why I work in Seattle, Washington, not Washington, D.C., and a big reason why NSIN recently launched the Seattle-based Mission Acceleration Center (MAC).”

What is the MAC and what is the DoD doing out in Seattle?

“There’s a massive amount of talent up here in the [Pacific Northwest] region but a massive disconnection from the federal government. Most people don't even think about working with the government here.

MAC serves as the front door for businesses, academia, and anyone interested in working with the DoD to come in and meet with somebody to figure out how to navigate this labyrinth. With thousands of offices across the country, often we’re simply helping people identify who’s doing what."

Tell us more about how MAC connects small business and the DoD.

“Our door is always open for anyone trying to get started in defense innovation. We really try to create sort of that interconnection of sharing information across different entities, but also try to find the pathways for people from the outside to understand what are the relevant offices that they should be talking to, who is interested in the technology that they're working on, how to go about contracting, etc.

MAC envisions becoming a space that facilitates general interaction with the government and enables small businesses in particular to learn how to do business with us better.”

“DoD spent $600 million in 2020 on 5G testbeds. It’s a huge priority… one of the test beds is just outside Tacoma.  If you want it in the commercial sector, we probably want it in the DoD. One of the most pressing DoD priorities is the ability to effectively communicate with high-speed systems. Another is the security of our satellite systems and GPS. DoD has a huge need for being able to process data at the edge. [A soldier is] limited by what you’re carrying with you and the communications networks you can use to reach back to the servers, cloud infrastructure, etc. that provide higher levels of processing.

I read an article talking about in WWII about when we were in Europe, we didn’t build whole new roads. We used the roads that were already there and then we repaired bridges and we repaired roads as we needed to allow us to continue moving. I think the same holds true for communications infrastructure in a military environment where there’s the question being asked, ‘but why should we build a whole new comms structure from the ground up if there’s one already there we can tap into?’ The current systems we have aren’t very good for that. Some radio systems we use allow for sharing data but a lot aren’t very good for that. 5G presents opportunities for being able to share data within our own service but operating with allies is a big challenge because they’re all using their own systems, so we’d need to come to some consensus of a base system for using 5G. That could help a lot with our ability to coordinate with others.”

How important is virtual reality and augmented reality to the DoD today?

“It’s a challenge in maturity of the technology. The systems required to use [VR/AR], especially in the battlefield, are pretty bulky. And the DoD doesn’t have a lot of ability to deal with bulky. It’s still early, but I’d say there’s still a strong demand for it because there’s a lot of instances where DoD isn’t talking about using it in combat situations… but there’s a strong desire for AR systems.

As for the types of technology DoD is seeking, it runs the gamut from hyperscale data management to VR/AR to high-speed communications. And 5G and edge computing are a huge part of that, facilitating DoD setting up multi-million-dollar testbeds across the country.  However, integrating disparate systems and ensuring security are just two of the big problems they have to solve to scale any new solutions at the edge.”

A lot of smaller companies offer a piece of a grander solution but don’t have the resources to create the full solution. Is NSIN an organization we can utilize to connect to other providers and together come up with a more cohesive solution for the DoD or work with Prime contractors?

“It’s a big struggle. Many times a small business has a capability we want, but it needs to be integrated into a larger system. That’s where the larger prime contractors come in. MAC helps facilitate that discovery and those opportunities for collaboration between larger primes and small businesses. Large primes don’t always know what we need. Sometimes they need help finding small businesses that can do things better than they can, but they need to come in good faith to work with businesses, not to steal ideas.

DoD runs traditional acceleration models, offering technology and business development mentorship and partnering with commercial accelerators such as Techstars. One acceleration area of opportunity for startups is DoD’s technology commercialization programs. The military spends tons of money inventing new things, some of which end up being impractical for its needs. So, the DoD is working to change that by pairing inventors and founders with entrepreneurial teams to develop and pursue commercial opportunities for DoD lab technology.

Federal labs tend to build things based on really high-level requirements without doing any end-user discovery to determine everything from user interface and form factor to functionality. There are many instances where they'll build something, but the end-user can't use it. So, that's one thing that we're trying to change- we’re creating early conversations between end users and innovators to create practical, valuable innovation.

Another area DoD is expanding is integrating startups with large, established prime contractors. We’ve actually had a few primes come to us and say, ‘you know, we're really interested in exploring the landscape of the companies that are out there because we don't know everything.’ They recognize small companies can do it better than they can.”

Is MAC an appropriate pipeline for tech mature ventures as well?

“The end goal is to make this [MAC] the complete pipeline of access to DoD. [Getting involved in MAC] could be access to innovation organizations that work with early-stage companies and the other end- there’s the program executive offices and program managers within DoD [at MAC] who are responsible for buying everything. We want to make them a part of this. Core DIU is an excellent avenue as well with their Other Transaction agreements.”

How do founders engage with you and DoD at the MAC?

“On Wednesdays, we hold weekly introductory lunches at MAC. Representatives from DoD come, and you can meet with them and share your ideas. Send me an email and let me know when you’re interested in swinging by.

It can be as simple as going to the MAC website to join the community or the NSIN website to learn about and sign up for our programs or even just sending me an email. I’m excited to hear from you!” 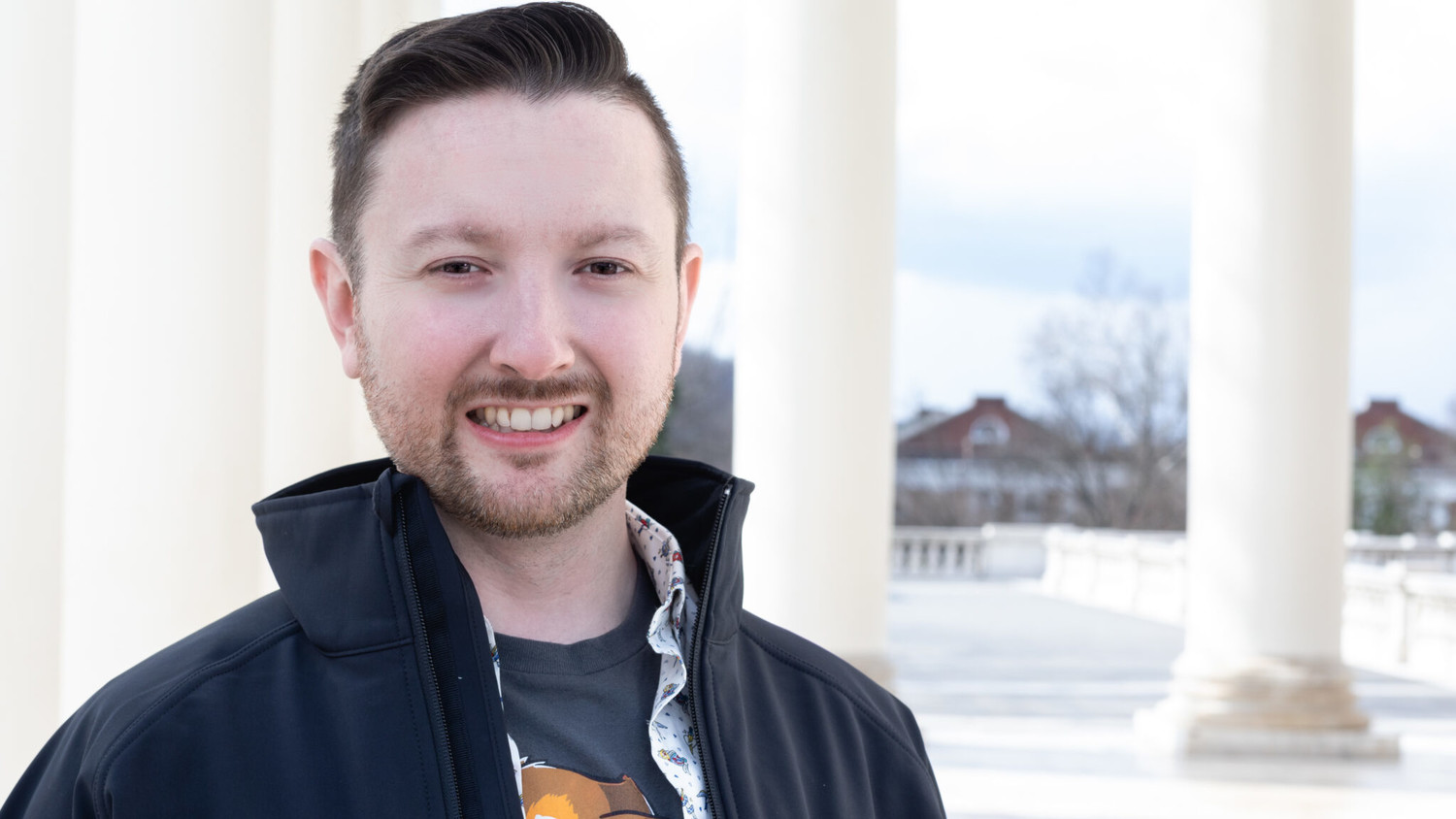 Special thanks to Justin Dunnicliff, Chief of Staff for the National Security Innovation Network, for sharing his valuable insights and opportunities with the Lab community.